Lately, I’ve been thinking about retirement … no, not in that sense. I love what I do and plan to do it for years to come. It’s just that life in the U.S. this year, from the pandemic to more raging fires here in California to a tumultuous presidential election, has me pondering. What about one day retiring abroad?

I’m not alone. International Living Magazine has seen a dramatic increase in people expressing interest in moving out of the U.S. when they retire. But while the prevalence of the coronavirus was cited as a motivator for 20 percent in their survey, 45 percent reported an evergreen reason: cost savings.

Like many people, the pandemic has shown me it’s relatively easy to adapt to remote work. I’ve jumped onto the Zoom bandwagon. Working from home is as effective as working from my former office.

You may have also discovered you can work from anywhere and do life from anywhere. It makes the world seem smaller. The idea of working abroad and eventually retiring abroad doesn’t seem like as big of an adjustment as it used to.

And if you can save money while you’re at it, why not?

A couple of years ago, I shared an idea I’d picked up from Alan Spector, a management consultant retired from his role directing worldwide quality assurance for Procter & Gamble. His advice was to do more than look at the numbers when deciding when to retire. He recommends “practicing” retirement first.

The idea is to dip your toe into the water before you dive in. If you’re thinking of retiring abroad, for example, start experimenting early. Take some time away from work to live where you plan to for a short while.

It was a great idea that would take a lot of effort to pull off under normal circumstances. But now that so many of us have adapted to remote work as the norm, there is less to ground us. We can take our work along for the trip.

It’s easier than ever before to practice retiring abroad, and that’s exactly what I plan to do.

Over the next few years, I plan to visit a few places outside the U.S. and experience living in those places for a while. I’m taking two steps in preparation, which I recommend: studying the financial implications of establishing foreign residency and using a number of factors to decide where I want to go.

If you’re going to earn income while abroad, taxation on your worldwide income is determined by residency definitions. These differ between countries and determine how much you pay to each one, your country of citizenship (the U.S.) and your country of residency.

On the U.S. side, you are taxed on your entire worldwide income in full unless you are defined as a “bona fide” resident of a foreign country. More on that below.

The foreign country in which you’re practicing retirement probably won’t consider you a full resident whose income is taxable until you spend at least 183 days there within a single tax year.

However, that’s not always the case. You have to check residency rules for that country. In addition, some countries may consider income derived from a source within that country taxable regardless.

After you have made the decision to live abroad permanently, you can reduce your taxes by excluding foreign income. You must first become what the IRS calls a “bona fide” resident of a foreign country.

To qualify for this status as a U.S. citizen, you must live in a foreign country continuously for an entire tax year (January 1 to December 31). You have to show your foreign residency was “uninterrupted” for a period that encompasses one tax year.

So, as a U.S. citizen, once you’ve lived abroad for over six months within a tax year (say, June 15 to December 31), you’ll be subject to taxes from both countries. But relief comes once you have reached the end of the next tax year, when you qualify for the foreign earned income exclusion on the U.S. side.

The amount of foreign-earned income you can exclude from U.S. taxation increases every year to adjust for inflation. For the 2020 tax year, you can exclude up to $107,600 per person. You can also exclude certain housing expenses.

In summary, the key to reducing the amount of tax you pay as a working, permanent ex-pat is to establish bona fide foreign residency with the IRS. Then you can exclude much of your foreign-earned income, reducing the total worldwide income figure on which you’ll be taxed in the U.S.

There are a couple of caveats here if you are self-employed:

Other rules apply that I haven’t gone into detail about here, including U.S. state income tax liability you may have if your income is derived from that state while living abroad. Always be sure to consult your tax professional to make sure you qualify for exclusions and deductions.

Step Two: Decide Where to Go

While practicing retiring abroad, choosing a country to live in with a comparatively low income tax rate is one factor in keeping your cost of living down. But there are many other factors to consider that affect cost of living directly or indirectly.

Last year, I wrote an article on what to think about when deciding where to retire. That was fairly general information about locations within and outside the U.S. drawn from a number of sources.

Now, I’d like to get a little more personal by sharing what I’m thinking about as I begin this journey to explore my options. I’m starting with three general criteria:

This is a helpful index that takes a broad range of factors into account, from financial matters like housing options, affordable healthcare and overall cost of living to cultural similarity to the U.S., climate, etc. 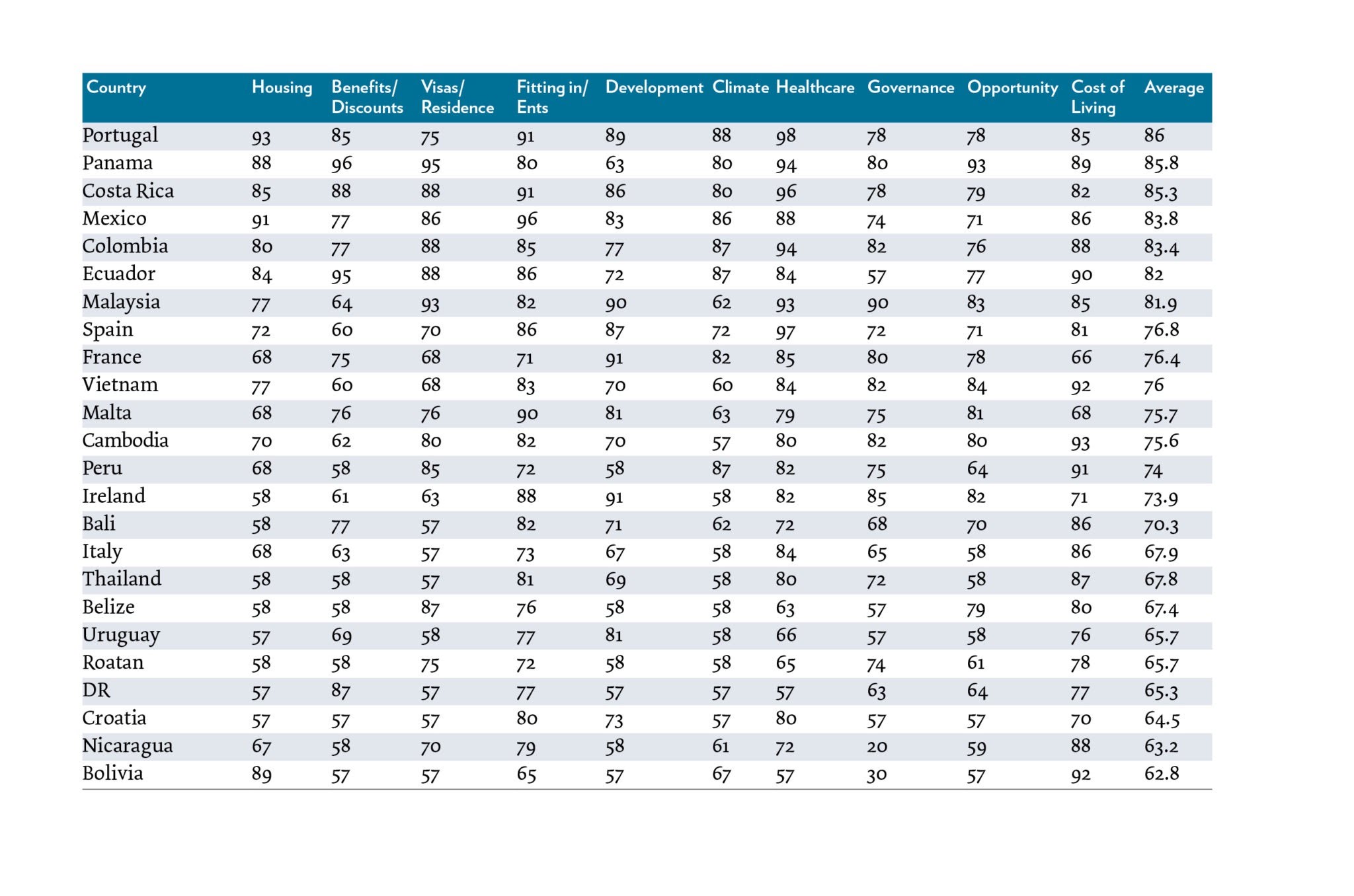 I’ve decided to follow their recommendations and check out the top five countries on their 2020 list first: Portugal, Panama, Costa Rica, Mexico and Colombia. Research will only get me so far, so I plan to visit them all and spend enough time to get a feel for what it would be like to live there.

It’s not only more fun to practice retirement this way, it can potentially save you a lot of money. Investing in a country that looks good on paper, then realizing you’re not comfortable enough to stay after you’ve spent a bundle on housing and perhaps before you qualify for tax exclusions could be costly.

Portugal may be a very attractive option, but it is the farthest away from the U.S. You may decide that staying in the western hemisphere to be closer to loved ones geographically and in terms of time zone is more attractive.

Thankfully, Panama, Costa Rica, Mexico and Colombia all fit the bill. It’s not like South American countries like Colombia are right next door, but at least they aren’t across an ocean. You may or may not have these concerns. Ex-pats have found enjoyable places to retire all around the world.

This is a big factor when determining your effective tax liability after figuring the foreign earned income exclusion. Here’s what I’m looking at in International Living’s top five compared with the U.S.

Ideally, if all my income is deemed foreign earned (which the U.S. determines by residency, not by the source of income), the tax rate of my country of residency will be lower than what the U.S. will tax after the exclusion calculation. But again, it’s not the only factor I’m looking at.

Not only will I be visiting these places to practice retiring abroad (post-pandemic, once it’s safer to travel internationally), I’ll be reporting back what I’ve found in my Monthly Wave Newsletter. I’m sure you’ll find my reports especially interesting if you are interested in retiring to any of the countries on my list.

The next step for you will be to make your own plan. If and when you get serious about retiring abroad, wherever you intend to go, you’ll want to work with a trusted fiduciary advisor like Lifeguard Wealth to help you reach your goals strategically.

I would love to discuss retiring abroad with you. Please don’t hesitate to reach out and learn more.

We might even have some fun stories to trade.