I learned about Haliotis Refescens (aka Red Abalone) during my time teaching Scuba Diving at Stanford. We used to take the class to Salt Point State Park and the Marine Refuge for their first open water dive and that’s where I came face to face with my new friends … the Reds. The reds in the park were monsters often over 10” in length. These were well protected and lived a good life. Now mind you these abalone were the filet mignon of abalone. Not like the tough blacks or smallish greens I grew up harvesting in Laguna. These puppies have a minimum legal size of 7”. We always looked for 8’s, were stoked to find a 9er and even once hauled in a beast measuring 10.25”. My love affair with Red Abalone had begun.

In 1994 I moved back to the Bay Area and began an annual pilgrimage to seek them out and only missed one season until it was sadly shut down in 2017. During those annual trips I was accompanied by some Laguna Beach lifeguards including Mike “Chief” Dwinell, Eric “Wolf” Hanke, Tim Houts, Scotty Kitcher and Zac Kain. Awesome times were shared around finding, harvestings, cleaning, cooking many ways and then enjoying the sweetest fruits of our efforts.

It was during one trip in 2001 we had some interlopers join us. They talked a good story and showed up with some fancy newfangled gear that made me wonder … were they real water men or possible posers? We arrived at our dive spot on the Mendocino coast on opening day and April Fool’s Day! It turned out to be auspicious day to dive. The conditions were really rough and a few decided not to go in the water. Six of us decided to get dinner. We paired up, had a safety talk and I remember saying a few times, don’t leave your buddy! My buddy was Eric “Wolf” Hanke. We punched out the surf line and of course the visibility was garbage. After a while Wolf and I had our limits. No records but 8 legal abs! Looking around I noticed one of the interlopers was being pulled out to sea and was easily 300 yards away and in need of help! His buddy had bailed on him!

Wolf drew the short straw! I took his Abs and headed to shore with dinner and Wolf took a bead on the interloper. He got to him just in time. He was hurting and dead weight in the water. Wolf struggled but eventually got him back to shore in one piece but they were both worked. Wolf earned his favorite dinner that night. I am certain that had Wolf not made the Q, the interloper would not have made it. Another lifeguard rescue … another life saved!

Here are some photos from the many years of abalone infused fun! 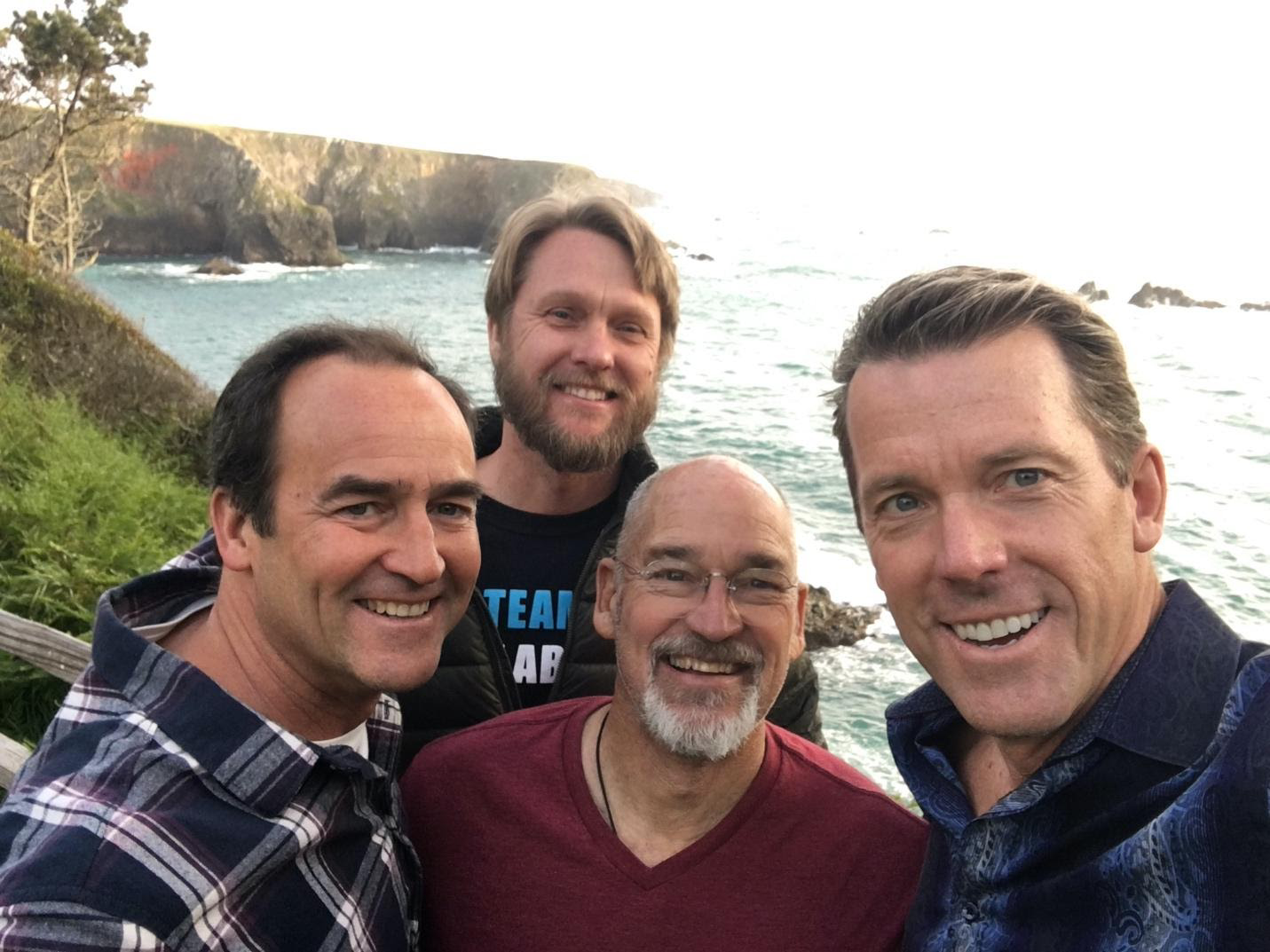 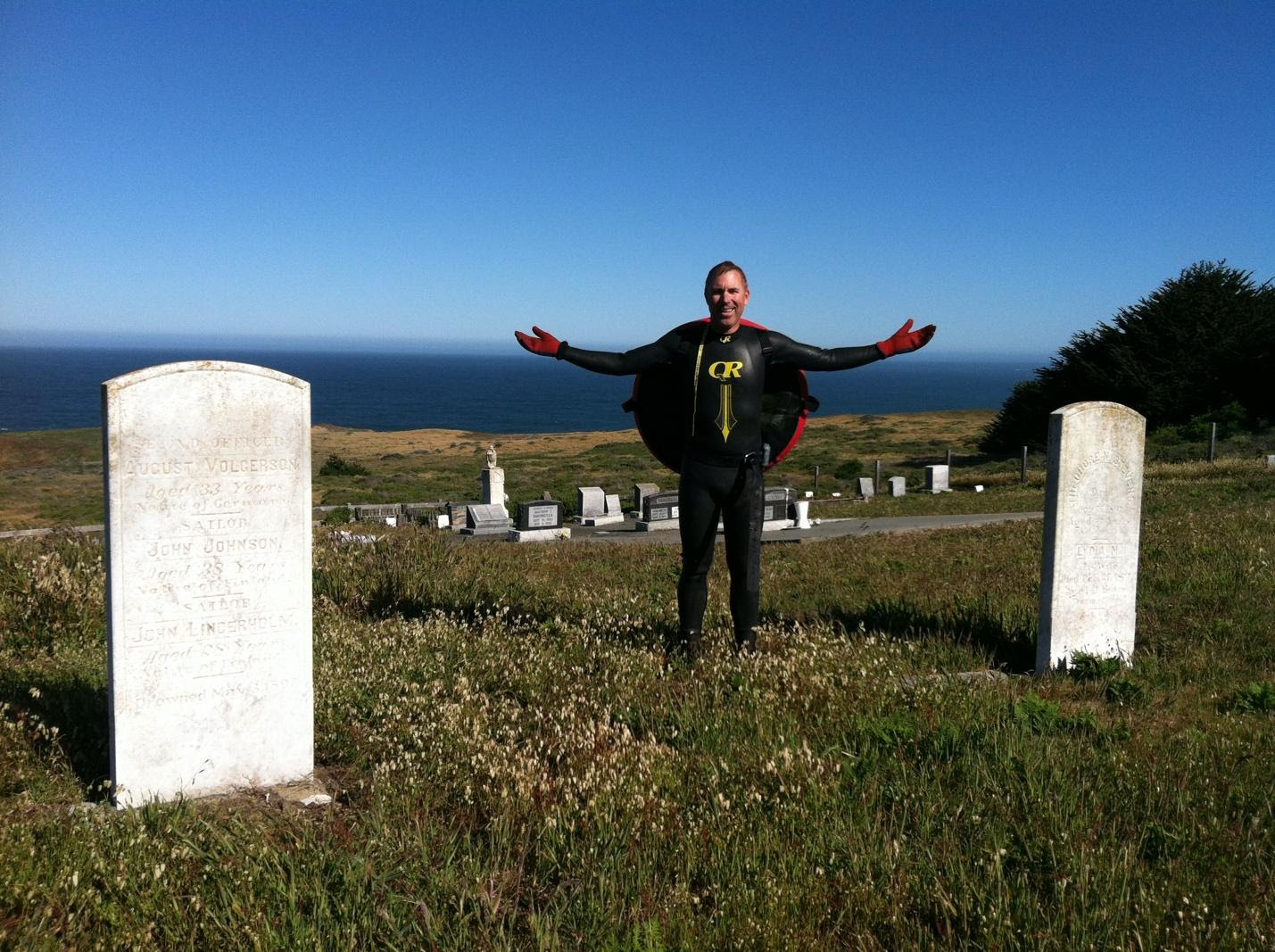 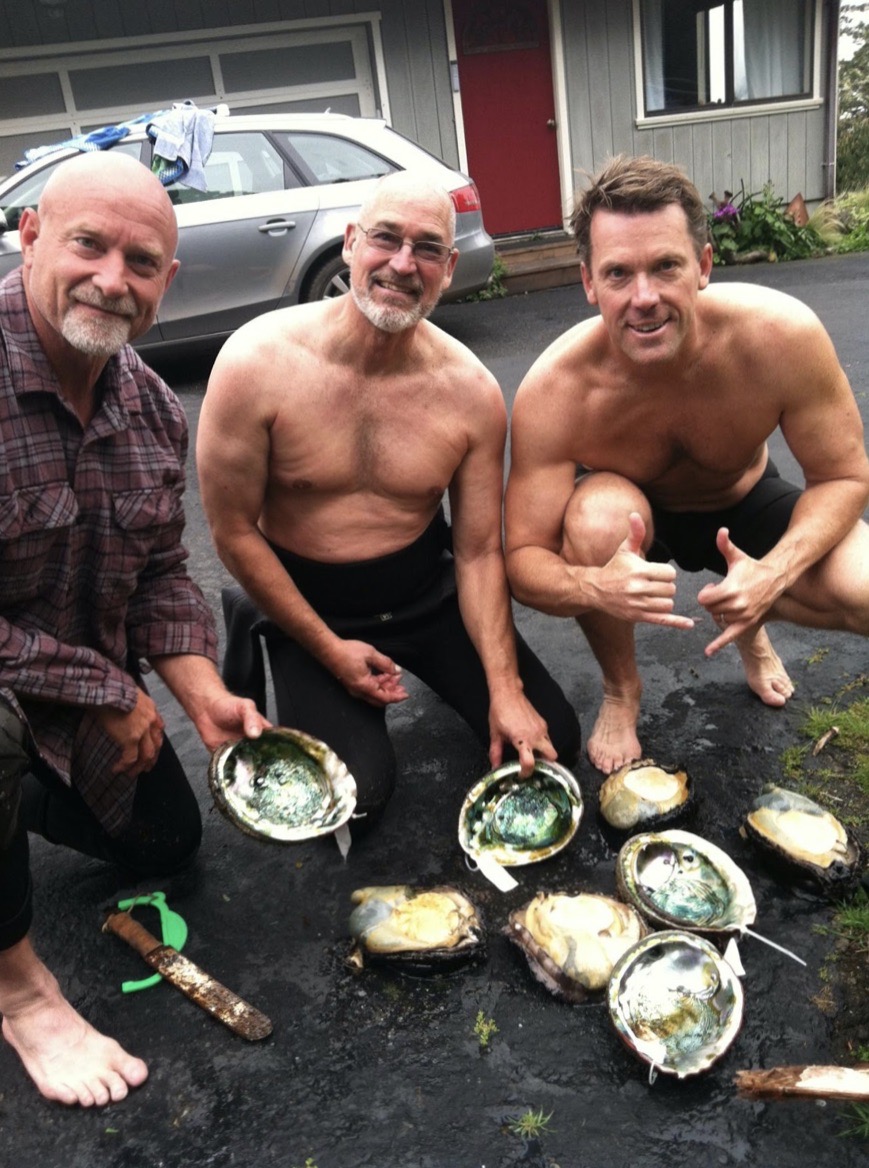 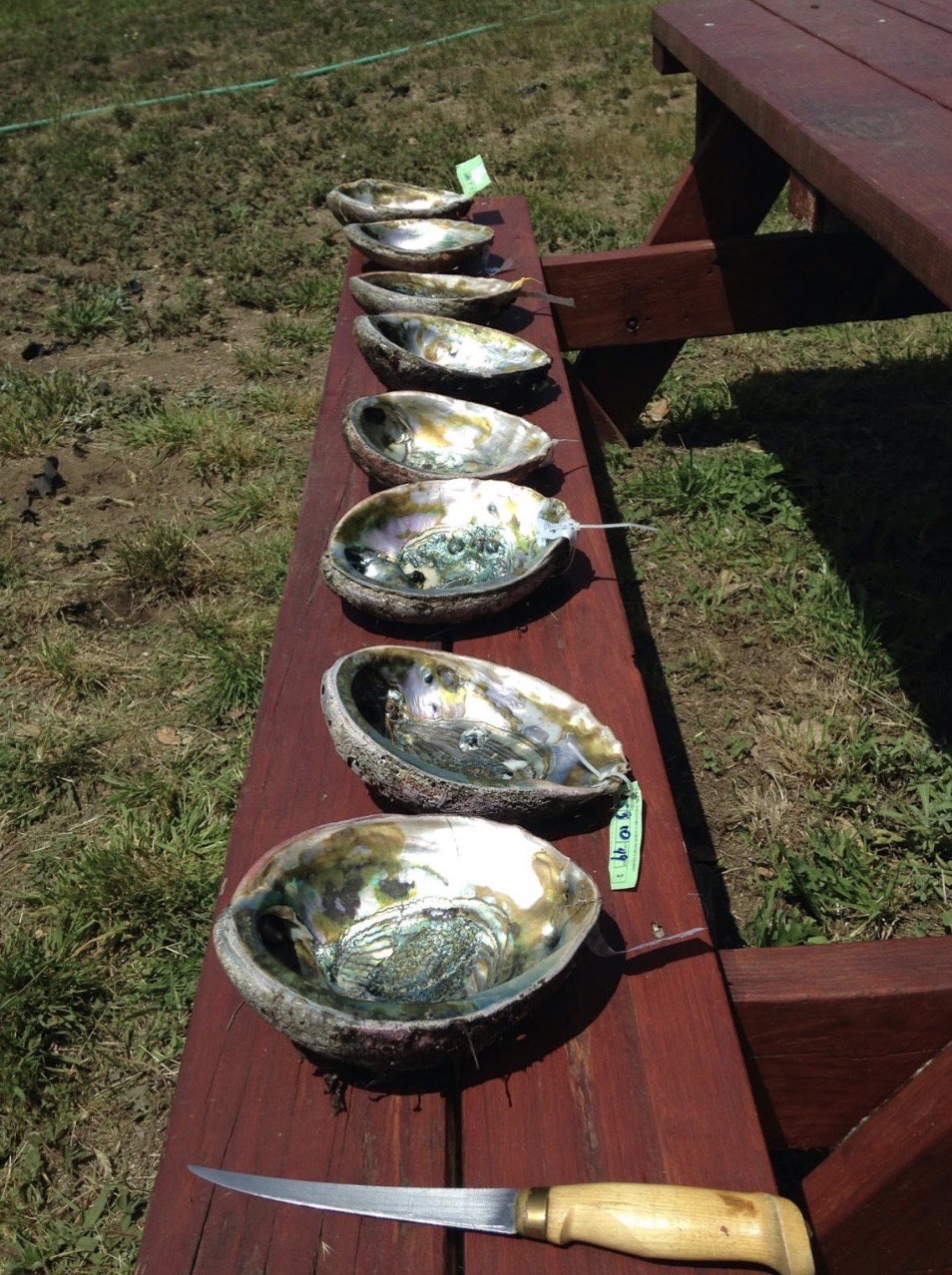 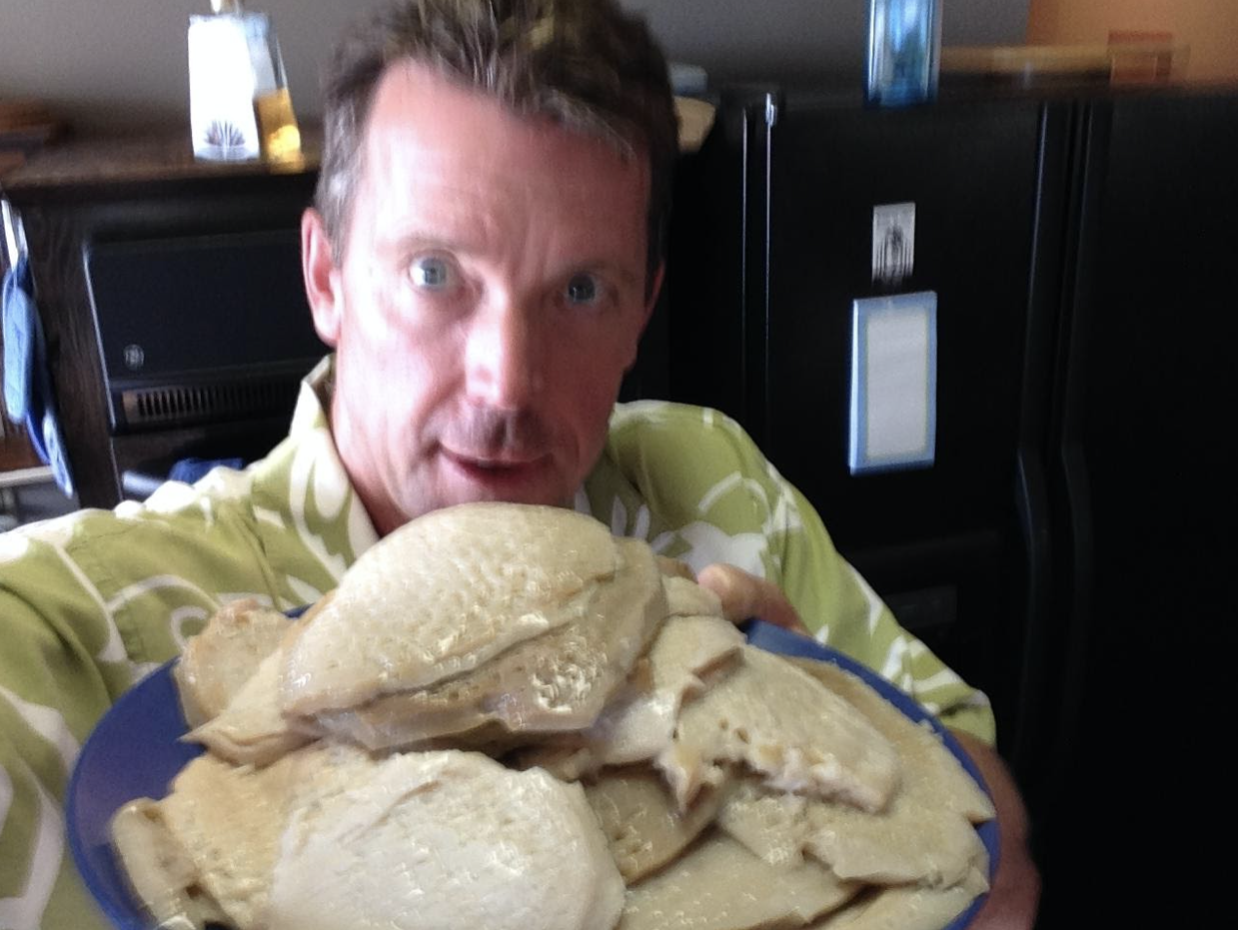 A labor of love! 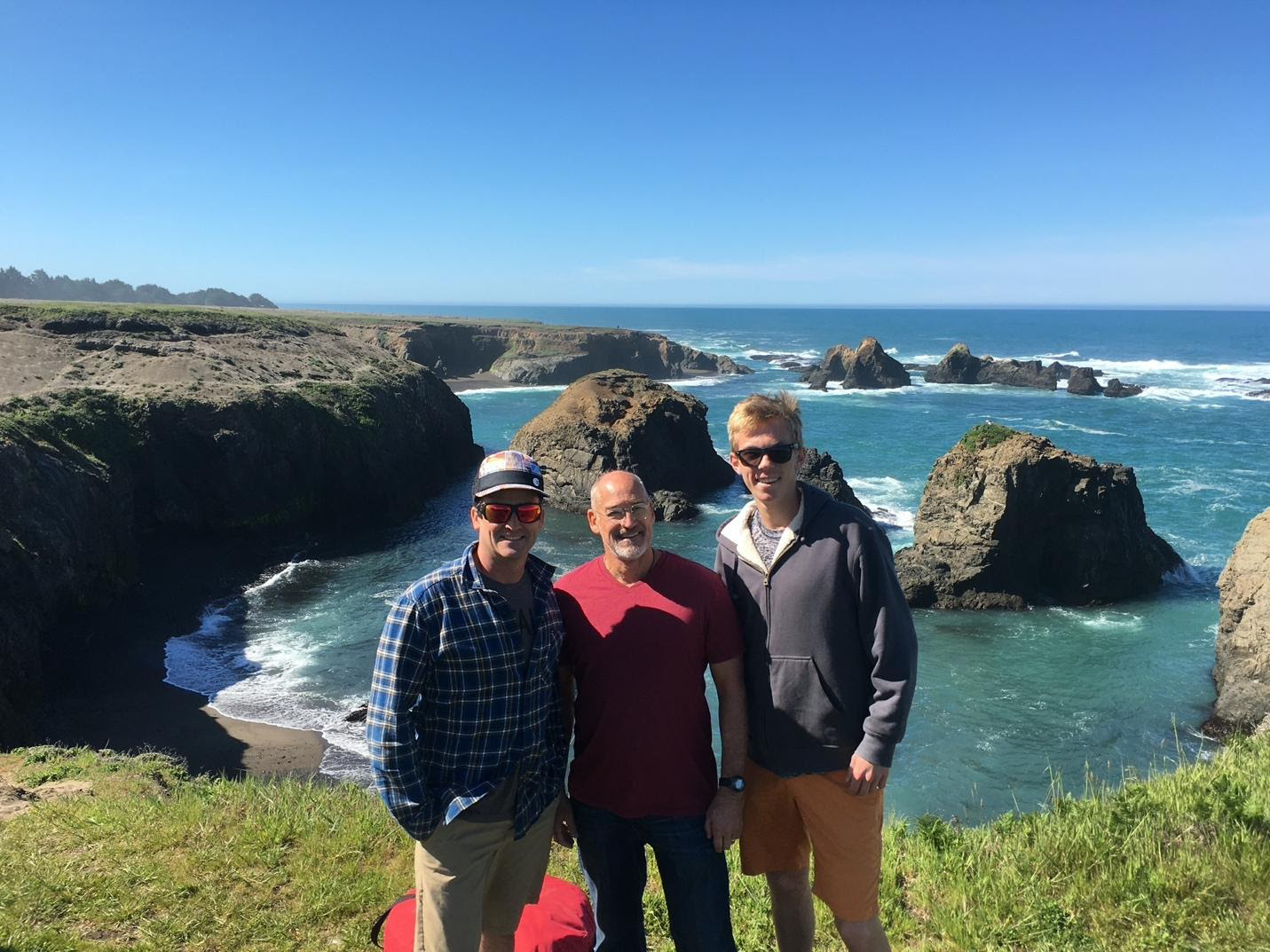 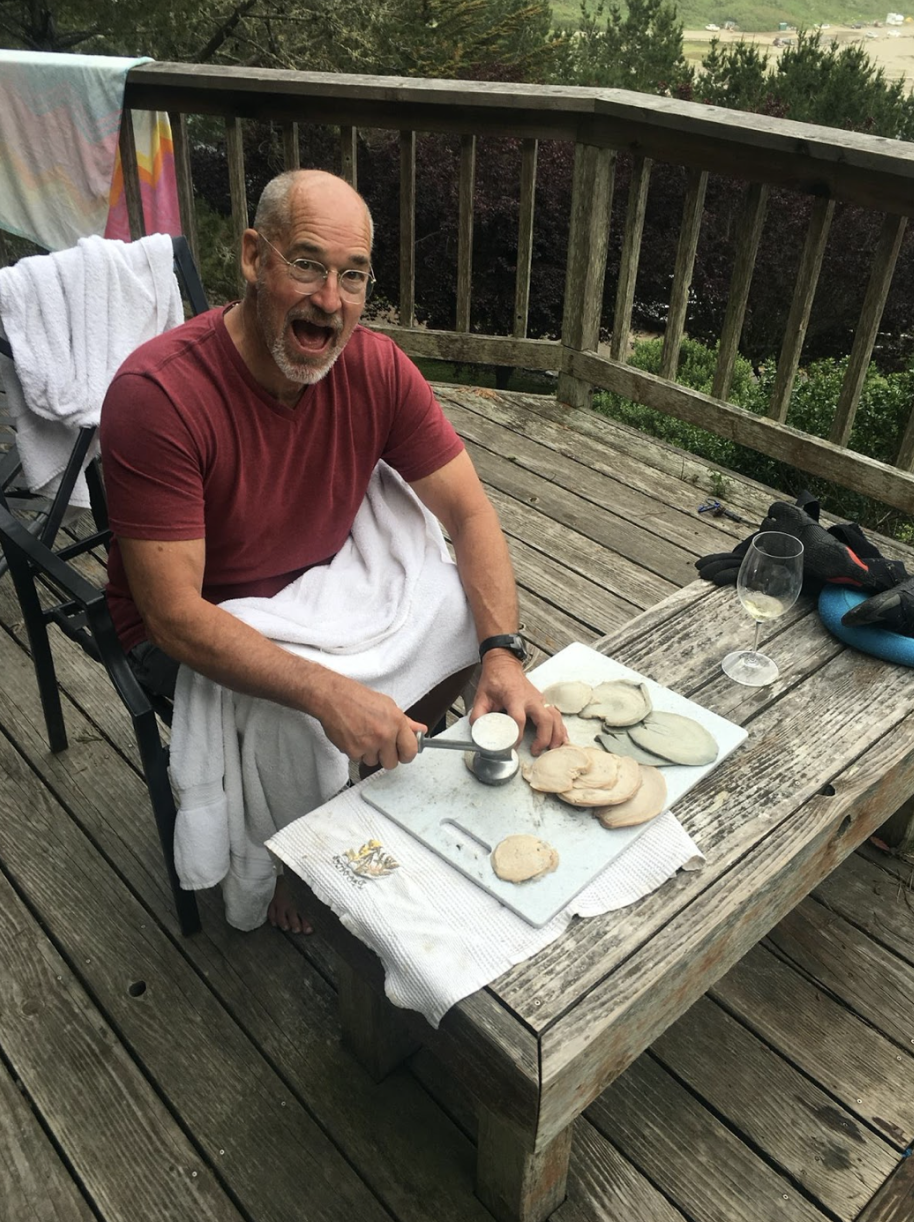 The Chief dishing out a proper beating!